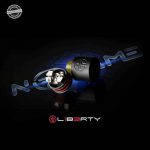 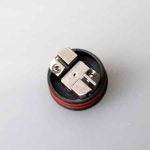 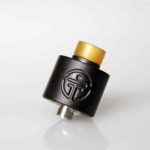 NoName Mods is well known for its bottom feeder products, especially atomizers. The Italian modder has made amazing products in the past few years. Today, he's back with his brand new dripper: L1b3rty!

We offer you the latest creation of NONAME house , The L1b3rty RDA.

Deck and Cap in Black Ultem, and drip tip in Ultem.

2 Deck with different airflow, one suitable for MTL cheek throw and the other by Flavor Chasing.

NoName Mods is well known for its bottom feeder products, especially atomizers. The Italian modder has made amazing products in the past few years. Today, he’s back with his brand new dripper: L1b3rty!

It goes without saying that L1b3rty by NoName Mods is beautiful. The construction is, like usual, highly qualitative but also very clever! The body of the atomizer is fully made of Black Ultem, material known beacause it prevents from overheating. It will avoid that the top cap overheats during your vaping. The drip tip is also made of Ultem to offer comfort to users.

The atomizer has 22mm making it a perfect fit with most of the boxes you can currently find on the market.

An attention to details

NoName Mods made things really good and thought about a lot of things during L1b3rty’s creation process. Good for us!

Let’s start with the 2 decks. No, you’re not misreading, tehy’re actually 2 decks delivered with the atomizer. NoName Mods really wanted to enhance flavors and to offer a MTL vape to users. Both decks are similar apart from the holes on the deck’s base. Indeed, the first deck has one hole on its base, offering a ver tight draw (MTL) to users. The second one has three holes offering a bit airier draw.

We count 1 airflow on the top cap. The air arrives from the bottom of the coil to hit it.

Concerning the build, L1b3rty is made for single coil. We can see grooves on both sides of the deck to help you build your coil easier.

L1b3rty by NoName Mods is of course bottom feeder ready. The juice arrives into the two tanks through little holes on both sides of the deck’s base. Squokers, you’ll be able to use it on your favorite BF boxes!

There are no reviews yet.

Only logged in customers who have purchased this product may leave a review. 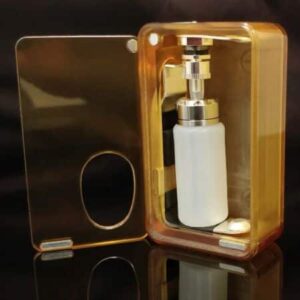 Armageddon mfg squonk v2 ultem limited edition is really nice! silver plated contacts throughout and has a 6ml squonk bottle inside that is nice and soft not too soft though. the redemption rda is like an apocalypse rda and a rapture rda had a baby!
€229.00 Add to cart
Sale 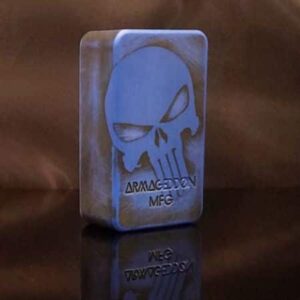 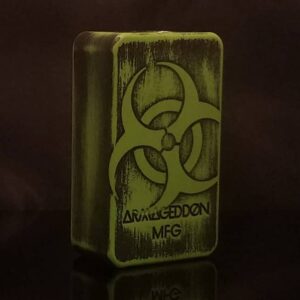 Escape to a world of style and function with the Pro 200 Box Mod Kit. It is designed for extreme versatility to give you everything you need in one box. The Pro 200 Kit along with the Subohm tank is equipped for high performance and intensified flavor. Built to withstand your active lifestyle and always look good doing it. The VGOD Pro 200 Kit is the absolute advantage for every type of vaper out there!
€100.00 Add to cart

Any cookies that may not be particularly necessary for the website to function and is used specifically to collect user personal data via analytics, ads, other embedded contents are termed as non-necessary cookies. It is mandatory to procure user consent prior to running these cookies on your website.